I went back to school today. Met some of my teachers, and spent a good amount of time feeling happy. 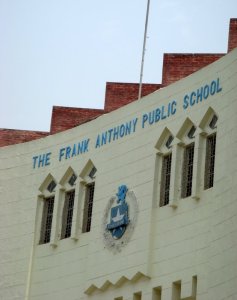 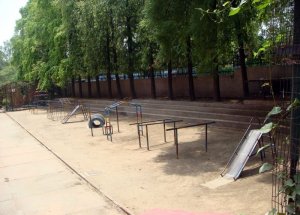 Spent Prep playing here. And somehow I enjoyed being around those Ashoka trees more than on the swings n all. I was 5 years old then. Phew!!

This is a corridor in the Junior School. The first room here on the right was my 2nd standard classroom.

These are the entrance steps to the Middle School (5th to 7th std). I was a prefect then too, and used to be on duty here often. 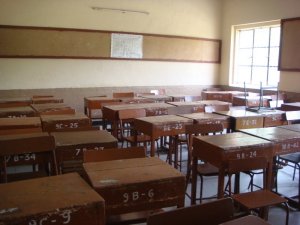 I found an old room where the furniture that was used in initial years was lying. And incidentally this was also the room that used to be 8D when I was in VIIIth. One of the most memorable years of my entire school life.

That’s Mr Frank Anthony, the school’s founder. He was a member of the Parliament when it was first formed.

Courage is Destiny is the school motto. 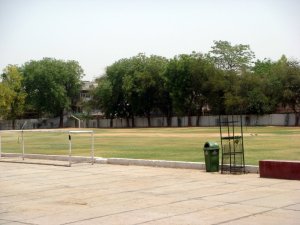 Of course, the field. Never ran around it as much as I made kids who misbehaved do it. Chudail prefect in senior school! 😛

This is the main assembly platform for the senior school. Took my House Captain oath here, and did some singing too. 😛

This is an open auditorium/ basketball court that was built sometime when I was in 10th. Our formal farewell happened here. All the crying with “I believe I can fly” too.

That’s our main hall on the left. The one where I debated a lot with shaky legs. And the open area is where the junior school had its morning assembly. I was here in a different line every morning for four years.

Spent 13 years in and around this building.
Forever in love!